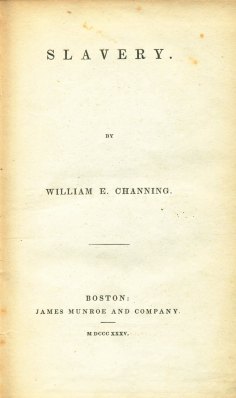 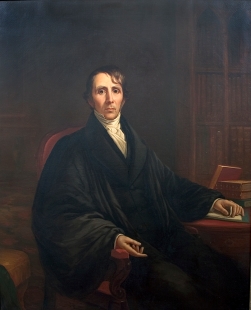 In history classes, we learn about people who have achieved out-of-the-ordinary feats, whether it be something that was essential to the society or detrimental. For example, we learn about W.E.B. Du Bois, who is considered one of the most influential African-American activists because of his creation of the NAACP, and Martin Luther King, who sacrificed his life in order to bring justice to the African Americans. On the other spectrum, we also learn about the bad people such as James Henry Hammond, a wealthy plantation owner, who served as a United States Representative, Governor of South Carolina, and United States Senator, that fought for state’s rights and slavery. We, as a society, tend to focus on the extreme ends of the spectrum when studying history. The ones who stand in the middle does not get much attention as they do not make as much impact as the people who are involved with the winning or losing side. However, sometimes these people are the ones that we must focus on. William Ellery Channing, “a leading figure in the development of New England Transcendentalism and of organized attempts in the U.S. to eliminate slavery, drunkenness, poverty, and war”, is one of those people who stays neutral, trying not to provoke any sides, but still attempts to deliver his thoughts to the audience (Britannica).

William Ellery Channing was born to a prosperous, religious, and distinguished family in Newport, Rhode Island, on April 7th, 1780. His mother’s father, William Ellery was a signer of the Declaration of Independence. His father is a Rhode Island Attorney General and a US District Attorney (Carpenter). Growing up with slaves that were leaders in their African community, Channing was positively influenced by them, but did not have a strong opinion on them. At age 15, he entered Harvard College where he studied Calvinist doctrines. After graduating at the head of the class of 1798, he went to Richmond, Virginia, in order to work as a tutor for income. Here, he learned about the reality of Southern slavery, which greatly influenced his writing of Slavery. Later in his life, he began to speak against slavery. In 1830, he went on a trip to the West Indies, where he again saw the cruelty and inhuman actions against the slaves. Then, around 1833, “a number of his protégées worked with William Lloyd Garrison’s anti-slavery movement, among them Samuel J. May” (Carpenter). When Channing lamented the abolitionists’ unhelpful inflammatory language, May asked, “Why sir, have you not taken this matter in hand yourself?” Influenced by May’s comment, he wrote Slavery which was published in 1835.

1830s was the midst of the abolition movement that has been going on since 1780s when the Brom and Bett vs. Ashley (1781) court case declared that Massachusetts Constitution had outlawed slavery and set Brom and Bett free (Pittman). Following Mumbet Freeman’s steps, the effort towards abolishment became visible as number of platforms increased. For example, people like Richard Allen began to make Black churches, starting with the African Methodist Episcopal Church. African Americans also appealed the women of the society, since they also had limited rights at the time. There were many individual abolitionists, such as, but not limited to, Sojourner Truth, Harriet Tubman, and Frederick Douglas. Also, there were antislavery organizations like the American Anti-Slavery Society (Pittman). With all these abolition movements, some of them making diatribes against the white population, Channing wanted to express his opinion that proposes the abolishment of slavery, while avoiding the confrontation of southern population. By writing Slavery in a very moderate tone, Channing was able to allow the southern readers to take less offense than other criticisms which would instantly put them in a defensive position, shutting their mind.

In Slavery, Channing articulates how the current institution of slavery is harmful and how it is against the teachings of Christianity. He writes in his introduction, “as men, as Christians, as citizens, we have duties to the slave, as well as to every other member of the community” (Channing). He first establishes the idea that what slave owners are doing to the slaves is horrible, which is an important clarification to make since some slave-owning families did not think of slavery as something harmful. Then, he moves onto the reasons why slavery should be abolished and the way in which it could come true. First, he talks about the nature of property and how it does not make sense for slaves to be properties. He argues that “property is an exclusive right. It shuts out all claim but that of the possessor” (Channing). This would mean that every part of a slave belongs to the owner. Because you can’t truly own every part of a man, a man cannot rightly be a property of another man. He also attacks Christian slave owners by saying, “He[slaves] cannot be property in the sight of God and justice, because he is a Rational, Moral, Immortal Being; because created in God’s image, and therefore in the highest sense his child;” (Channing). He adds that since God created man in his image, enslaving a man is the “…greatest violence which can be offered to any creature of God” (Channing).  Next, he talks about rights that God gave to everyone. He states, “a man cannot be seized and held as property, because he has Rights”, and owning a person “… annuls all his rights” (Channing). He believed that Human rights are something that all humans inherent own and should not be violated. Unfortunately, the government wasn’t there to protect the slaves who are suffering under the dominance of Whites. He urges the government to take action, saying, “[its highest function is to protect the weak against the powerful, so that the obscurest human being may enjoy his rights in peace” (Channing). Channing moves onto the evils of slavery—its effect on many aspects of slave’s life. He argues that slavery will have moral, intellectual, domestic, and political influences on slaves as well as giving owners license to cruelty and “…passion for power and its kindred vices” (Channing). He states that slavery “… destroys the proper consciousness and spirit of a Man” leading to a degeneration of moral status in slaves. He also expands on other influences such as the fact that slaves will not be taught because “all knowledge furnishes arguments against slavery”, and how “slavery virtually dissolves the domestic relations” (Channing). Although Channing strongly wishes for abolishment of slavery, he does not outright condemn the slave owner, rather protects them in some sense.

Throughout the book, Channing strongly argues that slavery should disappear, but he takes a step back, honoring and protecting the side of the slave owners and reveals his true view of African Americans. For example, in the Rights chapter, he states, “the slave virtually suffers the wrong of robbery, though with utter unconsciousness on the part of those who inflict it” (Channing). This statement infers that Channing does not see the slave owners as the problem since he states that the owners do not know the reality of the condition of the slaves. It seems that he is looking at slavery itself as the root of the problem rather than the act of slavery, which is confusing. Further into the book, in the chapter Explanation, Channing looks at slavery from the side of a White man. He writes, “A man, born among slaves, accustomed to this relation from his birth, taught its necessity by venerated parents, associating it with all whom he reveres, and too familiar with its evils to see and feel their magnitude, can hardly be expected to look on slavery as it appears to more impartial and distant observers” (Channing). This means that the fault does not lie in the slave owners as long as they grew up oblivious to the fact that slavery is something that is horrendous and should be stopped. However, Channing adds, “let it not be said, that, when new light is offered him, he is criminal in rejecting it” (Channing), which shows that he believes that people, who knows that slavery is inhuman but continues to practice it for the sake of profit, should be punished. However, Channing’s belief in the popular stereotype of African Americans can be seen in the Means of Removing Slavery chapter. Although he has been asserting that slavery should be abolished, he does not trust in the African Americans to function well in the society after slavery. For example, he writes, “it may be asked, whether I intend that the slave should be immediately set free from all his present restraints. By no means” (Channing). He did not believe that the slaves, after so much time spent under the boundaries of a slavery system, would be able to live happily and peacefully when they were suddenly released. He believed that “it would be cruelty, not kindness, to … give him a freedom, which he is unprepared to understand or enjoy” (Channing). He instead proposed that “the Slave should not have an owner, but he should have a guardian. He needs authority, to supply the lack of that discretion which he has not yet attained;” (Channing). Although these statements initially sound horrible in that Channing is not treating the African Americans as human beings, the result of immediate freedom could be seen about 30 years later when the Emancipation Proclamation was declared.

In class, we talked about the challenges that the African Americans faced as they tried to actualize their freedom after slavery was abolished. We learned that, after the emancipation, federal policies “exempted slaveholding Unionist & Confederate sympathizers from provisions of order”, allowed continuation of exploitation of black laborers, and intensified slave selling and hiring (Pittman). We also learned that, because of the longevity of the slavery systems, the ramifications were very severe. The slaves were mostly illiterate, poor, and homeless. They had to suffer, sometimes in more drastic ways than previously, just to survive. In order to get their foot in the door to success, they practiced sharecropping and cottage tenancy, which was often identical, if not worse, to slavery because of the debt peonage system. With all things considered, though the idea of having an overseer is appalling, Channing’s proposal does have its merits; it could have potentially smoothed the transition of African Americans’ integration into society. Although Channing’s views of African Americans were very stereotypical, his attempt at abolishment is noteworthy. His moderate writing allowed the audiences to understand and observe the multiple facets of the argument. We, as a society, should pay more attention to these moderates who may contribute more to our understanding of an argument than the extremists.

3 thoughts on “The Middle Ground”