My cultural artifact is “The Paper Bag Principle: Class, Colorism & Rumor and the Case of Black Washington, D.C” by Audrey Kerr. In the study, Kerr addresses division of colorism within the African American community through folklore, tradition and historical representation. The paper bag principle is the justification for a discriminatory practice that excludes a individual on the basis of skin tone. The concept I want to focus on from this study is the brown paper bag test. This test has been used as an act of discrimination within the African American community. While the notion of colorism within the present day African American community has been reduced to a team light skin vs team dark skin meme, hashtag or joke. Historically colorism has meant much more than a simple jest. In the United States, colorism began with the ideology of racial superiority which was used as justification to enslave African Americans on the basis of skin tone alone. One of the many ways slavery upheld racial superiority was through sexual exploitation of enslaved African American woman by white men. When a mixed race child was born from sexual exploitation, they received inherent privileges over darker skin toned African Americans. They were provided inherent privileges due to unacknowledged but shared blood ties with their master and a lighter skin tone was deemed more superior, attractive, and acceptable. These inherent privileges allowed light-skinned African Americans to receive better food, jobs, treatment and at times an education. In order to maintain these inherent privileges after slavery some light skinned African Americans used the brown paper bag test as an entrance fee into caste systems such as blue vein societies, sororities and fraternities.

The brown paper bag test was predominantly used in the 1900’s to 1950’s to gain acceptance in African American blue vein societies, sororities, and fraternities. The test is conducted by simply comparing your skin tone to a paper bag and if you’re lighter you passed. Essentially this test not only deemed the individuals that passed it more attractive but granted them privileges over those who couldn’t. I choose the brown paper bag test as my cultural artifact because as a child my mom was ridiculed for her light skin tone. Since she was one of the few light skinned African Americans in her predominately black school and faced certain consequences. She was subjected to be bullied physically and verbally by darker skinned girls in her class out of jealousy and contempt. My Mom didn’t do anything personally to gave her classmates a reason to be jealous. Yet her victimization was simply byproduct caused by decades of self hate.

The producer of my cultural product is Audrey Elisa Kerr. She is a professor at Literature at Southern Connecticut State University that teaches American Literature. Kerr’s inspiration to create the study began during her childhood as a light-skinned child. Her grandmother had a light complexion which helped her achieve the American dream. Being aware of this Kerr’s grandmother subtly influenced her realize the privilege and opportunity that could be gained from her skin tone. Her inspiration manifested when she went to Washington D.C to do research at Howard University and nearly everyone knew of the paper bag principle and there was limited academic knowledge on the subject. She took it upon herself to provide a academic illustration to explain colorism within the African American community.

My cultural product was published in 2006 and is significant to the African American community because racial tensions were on the rise but were attempted to be calmed with higher education. Racial tensions were on the rise because the aftermath of hurricane Katrina was more than a natural disaster but it was a byproduct of governmental negligence. The government neglected to renovate the levee for years even though the geography of New Orleans was below sea level which made it highly susceptible to be flooded without adequate protection. The majority of people affected by the government’s gross negligence were poor African Americans. While the aftermath of hurricane Katrina was being addressed in 2006. Prestigious universities were making policy changes. Princeton established its first center for African American Studies that would allow undergraduates to earn a degree in African American studies. Following that Harvard, Princeton and the University of Virginia ended early admission programs to allow more diversity within enrollment. Finally, Brown University’s Steering Committee issued a report that detailed the Universities ties to slavery.

The brown paper bag test took place from the 1900’s to 1950’s.The most notable producers that enforced the brown paper bag test were African American blue vein societies, sororities and fraternities. Even though the test was explicitly enforced by some institutions. The most significant perpetuation occurred subtly within the African American Community. I believe the best example and victim of this implicit perpetuation is Claudette Colvin during the civil rights movement.

Claudette Colvin is a unsung and unacknowledged hero of the civil rights movement.  More often than not when people speak of the Montgomery bus boycott, they begin with Rosa Park’s spontaneous move to stand up for her rights by simply sitting down. Yet Rose Park’s act to sit down wasn’t spontaneous at all. Many events that lead to the success of the civil rights movement were primed to be successful through diligent planning and not at a moment’s notice. Essentially, Rosa Park’s noble act to sit down was a reenactment of Claudette Colvin’s actions that occurred nearly nine months beforehand.

On March 2, 1955, Claudette Colvin was a 15 year old school girl that refused to give her seat up to a white woman because she felt the spirit of Sojourner truth and Harriet Tubman within her that day. When she refused to stand, police officers dragged and arrested her off the bus. Her actions caught the eye of civil rights movement leaders, organizations and NAACP. Although Claudette caught the attention of the civil rights movement, she never truly gained their full support due to her appearance an upbringing. Her complexation was too dark to be nationally accepted as an attractive image for the movement. Not only was she too dark but her social status was too low, she was too young, unknown and became pregnant months following her arrest. Essentially, she didn’t have the skin tone, status and popularity to be a successful catalyst for the movement. Although Claudette Colvin inherently failed the brown paper bag test the NAACP knew someone that would pass. 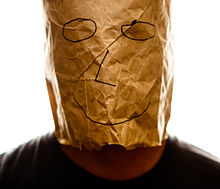 Kerr, Audrey Elisa. The Paper Bag Principle: Class, Colorism, and Rumor and the Case of Black Washington, D.C. Knoxville: U of Tennessee, 2006. Print.